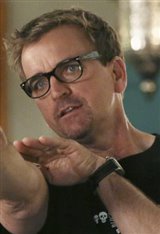 Hailed as "A Talented Young Voice" by Oscar-winning director Louie Psihoyos, Jonah Bryson is an award-winning film director and musician, with a passion for entertainment to make the world a better place.

Born in 2000 and raised in the south of France, Jonah spent every summer with his family at the Mediterranean Sea, where he fell in love with exploring all the underwater world had to offer. From a very young age he understood the importance of protecting and embracing the wonderful environments on this planet we call “home”. After moving to Toronto, he created a film entitled Jonah in Wonderland, catching the attention of Tim Burton's colleague, Drew Lightfoot, who mentored Jonah and helped elevate his already-burgeoning career.

At the age of 14, Jonah co-directed The Fight for Bala with Los Angeles based director Rob Stewart. Released with The Huffington Post, with support from National Geographic and The Globe And Mail, this film greatly boosted Bryson’s career, allowing him to appear on numerous live television shows, and even receiving an invitation to privately meet with CNN’s Larry King in New York City.

Less than a month later, Jonah was back in New York to team up with world-renowned oceanographic explorer and filmmaker Fabien Cousteau (Jacques Cousteau’s grandson) in the creation of A Sweet Spot in Time, which has yet to be released.

Jonah has already received international awards and recognitions, including honors in the "Best Emerging Filmmaker" and "Best Documentary" categories.

In 2017, Jonah was the first recipient of The Rob Stewart Youth Eco-Hero Award at the Planet in Focus Environmental Film Festival.