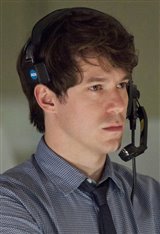 Actor, singer and songwriter John Gallagher Jr. was born into a family of folk musicians, and raised in Wilmington, Delaware, along with his two older sisters, including actress Jaime Gallagher. John inherited the musical gene at a very young age and translated this into theater, portraying Tom Sawyer at the Delaware Children's Theatre. He is also an avid songwriter and has played in several bands, most notably the rock 'n' roll group Old Springs Pike.

The years 2002 and 2003 were a breakthrough for the young actor, with many guest-starring roles in such television shows as Law & Order, The West Wing, Ed and NYPD Blue. Also in 2003, he made his first feature film appearance in the Katie Holmes drama Pieces of April, as well as his first off-Broadway appearance at the Manhattan Theatre Club in the coming-of-age play Kimberly Akimbo. Next he landed his first Broadway role in the Pulitzer Prize-winning play Rabbit Hole. In 2006, he got the opportunity to once again utilize his musical talent in an Off-Broadway and Broadway production of the rock musical Spring Awakening, a role for which he won a Tony Award. This was also around the time he announced his departure from Old Springs Pike.

In 2012, he landed a lead role on HBO's The Newsroom as James Harper, as well as a recurring role as Christopher Kitteridge in the multiple Emmy Award-winning miniseries Olive Kitteridge in 2014.

Despite continuing success in film and television, theater remained a mainstay for John, starring in 2009's American Idiot, a musical based on the Green Day album of the same name and in 2011, earning a co-starring role in the Broadway production of the Royal Court Theatre's Jerusalem. In 2016, he starred in Eugene O'Neill's Long Day's Journey Into Night alongside Jessica Lange and Gabriel Byrne.

In 2019, he starred in American Woman, a fictionalized account of the 1974 kidnapping and radicalization of Patty Hearst. He also starred in the horror film Come Play (2020) and in the action/adventure film Underwater (2020), alongside Kristen Stewart.

John's first girlfriend was actress Aubrey Plaza, also a Delaware native, and with whom he did community theater as a teenager. He also dated actress Aubrey Dollar for three years, but they broke up in 2011.