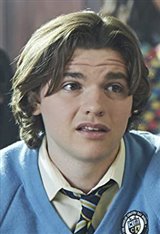 While spending his summer in Hollywood visiting his older brother Caleb, Joel Courtney decided to take a few acting classes and maybe audition for a commercial or two before returning home to Idaho. Instead of returning to school that fall he wound up starting production on his first feature film in the starring role, and not just any film, but one produced by Steven Spielberg and directed by J.J. Abrams: Super 8 (2011), which went on to capture the top spot at the box office on its opening... See All