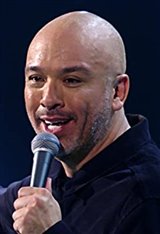 Joseph Glenn Herbert was born in Tacoma, Washington. His father was in the United States Air Force and met his mother while being stationed in the Philippines. His stage name Jo Koy is a nickname given to him by his family meaning "My Jo." He began to pursue standup comedy while in university in Las Vegas. Jo eventually left school to move to Los Angeles in pursuit of his career in comedy. Jo credits all of his success to his mother, who is often joked about in his sets. In 1989 Jo married... See All