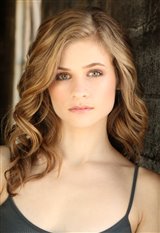 When she was just two, Jenna Boyd began modeling in print ads and commercials. Born in Forth Worth, she moved with her family to Atlanta when she was five. With an impressive resumé already under her small belt, Jenna quickly landed an agent in her new town. The agent sent Jenna and her mother to Los Angeles to audition, and the little girl, now seven, landed a guest appearance on TV's The Geena Davis Show. After playing a role in the small budget, independent film In an Instant (2001), Jenna also was chosen for guest appearances on shows such as Titus, Just Shoot Me!, and Special Unit 2.

Her role as Felice Wallace in the TV movie Mary Christmas (2002), playing John Schneider's daughter, earned Jenna her first Young Artist Award nomination. Guest shots on Six Feet Under and CSI: Crime Investigation followed, as well as playing Benicio Del Toro's daughter in her first big budget film, The Hunted (2003). Jenna received her second Young Artist Award nomination playing Sally in Dickie Roberts: Former Child Star (2003), but it was for her lead role as a young girl whose sister is kidnapped in The Missing (2003) that she finally won the award.

She almost stole the entire movie when she appeared alongside Amber Tamblyn in The Sisterhood of the Traveling Pants (2005). Currently, Jenna plays a regular, recurring role as Paige on the Netflix original series, Atypical.

Jenna's younger brother Cayden is also an actor who has appeared in major motion pictures such as Mystic River (2003), playing the son of Tim Robbins' character.

When she's not acting, Jenna is an award-winning competitive figure skater and most mornings is on the ice by 5:15 a.m. to practice. She loves animals and horseback rides in her spare time. Jenna would like to be an orangutan specialist in addition to acting.