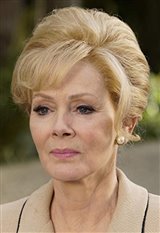 Growing up in Seattle, Washington, Jean Smart found her love for acting during her senior year at Ballard High School. Going on to graduate from the University of Washington with a Bachelor of Fine Arts degree, Smart made sure to participate in the more sentimental aspects of going to college, becoming a member of the university's chapter of the Alpha Delta Pi sorority.

Early in her career, Smart spent the majority of her time onstage. After building her resumé with Off-Broadway roles in productions such as Last Summer at Bluefish Cove, which earned her a Drama Desk Award nomination in 1980, she burst onto the Broadway scene playing Marlene Dietrich in Piaf in 1981, a role which she would later portray in the TV remake, drawing her eye from Broadway to Hollywood.

As she got her start in TV, Jean had guest roles on shows such as The Facts of Life and Remington Steele. These roles lead her to her big break as Charlene Frazier Stillfield on Designing Women. After five great years on Designing Women, Smart moved on and became most recognized for her role on Frasier, which won her back-to-back Emmys in 2000 and 2001.

In the early 2000s, Jean's movie career started to gain momentum. Without abandoning theater and television, Jean began appearing in big movies alongside even bigger names. It began with Snow Day (2000) alongside Chevy Chase, but it didn't stop there. She went on to play substantial roles in Sweet Home Alabama (2002) with Reese Witherspoon, Bringing Down the House (2003) with Steve Martin and Queen Latifah, Garden State (2004) with Zach Braff and Natalie Portman and Youth in Revolt (2010) alongside Michael Cera, Ray Liotta, Zach Galifianakis and Justin Long. In Hope Springs (2012), Jean played Eileen, the best friend of the character played by Meryl Streep, then Rita Blackburn in the crime drama The Accountant (2016), starring Ben Affleck.

More recent television worked includes 24, Hawaii Five-0, Harry's Law, Fargo (for which she won a Critics' Choice TV Award and a Gold Derby Award, both in 2016) and Girlfriends' Guide to Divorce.

From 2017 to 2019 she played Dr. Melanie Bird on the sci-fi FX series Legion and when the series came to an end, she immediately landed work on the new HBO series Watchmen, in the role of Laurie Blake/Silk Spectre.

She also recently appeared on the big screen in the movie A Simple Favor(2018) alongside Blake Lively and Anna Kendrick.

Married to Designing Women co-star Richard Gilliland since 1987, the couple have two children, an adult son named Connor, and a daughter, Bonnie Kathleen.