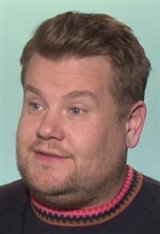 James Corden has had a prolific career as an actor in film, television and onstage. Born in London to parents Malcolm and Margaret Corden, he grew up in Buckinghamshire with his two sisters Andrea and Ruth. James knew early on he wanted to be an actor, studying drama at the Jackie Palmer Stage School. James appeared in a small budget film and made a guest appearance on the TV series Renford Rejects before landing a regular role on the Channel 4 comedy series Boyz Unlimited, about a boy band,... See All