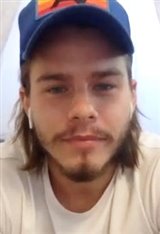 Jake Manley was born and raised in Oakville, a city near Toronto, Ontario. He attended and graduated from Catholic high school before going on to earn his first role in 2012 on the CW drama series Beauty and the Beast. Following his first role, Jake made more episodic appearances on the television series Cracked (2013), American Gothic (2016), and American Gods (2017). He earned his first recurring role on the superhero drama series Heroes Reborn in 2015. Jake made his first film appearance in... See All