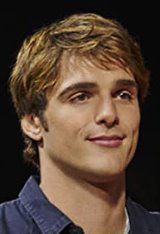 Jacob Elordi was born in Brisbane, Australia. He has been interested in acting since he was young, participating in many theater productions in school. His first experience with the Hollywood spotlight was as an extra in the Disney film Pirates of Caribbean: Dead Men Tell No Tales (2017).

His first acting role was a year later in the Australian film Swinging Safari (2018) and shortly after that he was thrust into the spotlight when he played Noah Flynn in the Netflix film The Kissing Booth (2019). The movie was such a big hit on the streamer that he was asked to reprise his role as Noah in The Kissing Booth 2 (2020) and he will also star in the third film, which is set to release in 2021.

While filming The Kissing Booth, Jacob did all his own stunts. He learned to ride a motorcycle specifically for the film and now wants to buy his own to ride in real life. However, what he didn't like were the seven day per week training sessions to bulk up. He didn't enjoy the attention he got for his body in the first film and decided not to train for the second one, other than his usual yoga and pilates, and in the process, lost quite a bit of weight.

Jacob was romantically linked to his The Kissing Booth co-star Joey King and the two began dating in early 2018. They broke up after less than a year.

In 2019, he made his television debut on the HBO series Euphoria playing the main role of Nate Jacobs, alongside Zendaya.

He is set to star in two indie films to be released at the end of 2020: 2 Hearts and Deep Water starring Ben Affleck.

Jacob also occasionally does modeling, including an underwear campaign for Calvin Klein alongside Bella Hadid and Naomi Campbell. In December 2019, he posed for the GQ Australia Men of the Year cover shoot.

In his spare time, Jacob, who misses Australia whenever he's called away to work, enjoys surfing, going to the beach, and reading.