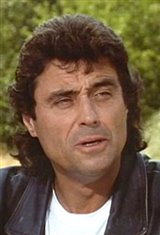 Born in Blackburn, England, Ian McShane is the son of professional soccer player Harry McShane, who played for Manchester United, and Irene McShane. He attended the Royal Academy of Dramatic Art. His earliest film appearance was in the 1962 film The Wild and the Willing, which led to other leading roles in Battle of Britain, If It's Tuesday, This Must Be Belgium, The Last of Sheila, Villain (co-starring Richard Burton), Exposed and Agent Cody Banks. McShane has enjoyed a long and creatively... See All