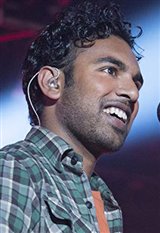 Born in Huntingdon, Cambridgeshire, Himesh Jitendra Patel is an English actor best known for his role as Tamwar Masood on the BBC soap opera EastEnders, from 2007 to 2016.

Himesh started out as a member of the National Youth Theatre at age 11 when his teacher told his parents he had a knack for acting after he performed in a school play.

In a fun anecdote, Himesh recalls his sister getting an autograph for him from one of his favorite actors, Nitin Ganatra, who wrote, “I hope we work together some day.” That would become reality when he was cast in EastEnders, as his character, Tamwar Masood, was the son of Nitin Ganata's character on the show.

During his time on the show Himesh would also star on the spin-off series EastEnders: E20 in 2010, as Tamwar. Following his departure from the soap opera in 2016, Himesh’s next big role would be on the sitcom Damned.

He made his feature film debut starring in the movie Yesterday(2019), directed by Danny Boyle, about a man named Jack Malik who becomes famous for writing Beatles songs when the universe shifts and the band never gets together. His second role in a feature film came in the adventure The Aeronauts (2019), starring Felicity Jones and Eddie Redmayne.

Himesh has also filmed the role of Emery Staines in the BBC Two mini-series The Luminaries, about the New Zealand gold rush in the 1860s.