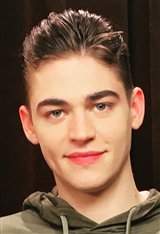 Hero Fiennes Tiffin played young Tom Riddle at the age of 11 in Harry Potter and the Half-Blood Prince (2009). He got the role because his mother, director Martha Fiennes, knew the casting directors for the film and she suggested Hero to them, although she had to persuade the boy to do it. His father, George Tiffin, is also a director. Hero made his feature film debut the year earlier, playing a young pickpocket in the critically acclaimed British independent film Bigga Than Ben (2008) starring... See All