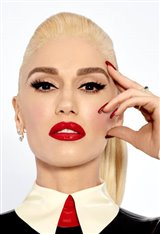 Named after a stewardess from the 1968 novel Airplane, Gwen was born in Fullerton, California. She is the second-oldest of four children born to Yamaha marketing executive Dennis Stefani and accountant Patti Flynn. Her father is of Italian descent, while her mother’s ancestry is English, Irish, Scottish, German, and Norwegian. Gwen is also a distant cousin of Madonna, through her great-aunt's mother-in-law.

Gwen has two younger siblings named Jill and Todd, and an older brother named Eric. In high school, she joined the swim team in order to lose weight, and later revealed in an interview that she had been on a diet since the sixth grade to fit into 4 clothing. Gwen first discovered her love of music while watching musicals, and did her first musical performance at Loara High School’s talent show. She was also inspired by Eric playingrecordings by ska revival bands such as Madness.

Gwen developed an interest in fashion early in life, after being taught to sew by her mother. In 1986 Gwen and Eric, and Eric's friend, John Spence, quit their jobs at Dairy Queen to form a band called No Doubt. They added several more members, including Tony Kanal, whom Gwen began dating in 1987, although they kept their relationship secret for a year.

Gwen also graduated from high school in 1987 and began attending Fullerton College, then transferred to study art at University of California. On December 21, 1987, their lead singer and friend John committed suicide days before the band was to play a gig at The Roxy Theatre in front of record industry employees. Gwen ended up taking on the role as the band's lead vocalist soon after.

The band played in clubs for several years before signing with the record label Interscope. They released their self-titled debut album in 1992, but the album failed to get much attention. Gwen's relationship with Tony fell apart in late 1993, after seven years of dating. Not long afterwards, Eric, who preferred songwriting to touring, left the band.

It was in 1995 when No Doubt finally gained popularity with their third album, Tragic Kingdom. Gwen wrote many of the album's songs, mostly about her failed relationship with Tony, and it was the inspiration behind one of the band's biggest hits, "Don't Speak." Their distinctive sound of ska, punk, and pop won over many new fans, and the album reached the top of the charts in late 1996. This was when Gwen started to also become a fashion icon. She was known for her distinctive personal style, borrowed from many scenes and cultures, such as punk-style bondage pants and an Indian bindi on her forehead.

She first met future-husband and English rocker Gavin Rossdale in 1995, when No Doubt toured as the opening act for Gavin's band, Bush. When the on-again/off-again couple broke up, she began dying her iconic white-blonde hair colors such as bright blue and fuschia. She later told Marie Claire magazine that her new hair color was in response to her break-up with Gavin, but the couple later got back together.

Gwen first started to experiment as a solo artist in 2001, singing on Eve's smash hit Let Me Blow Ya Mind and Moby's successful single South Side. She received her first Grammy Award for her work with Eve, for Best Rap/Sung Collaboration. Also in 2001, Gwen made a cameo in the comedy feature filmZoolander and No Doubt released their fifth album, Rock Steady. The group won two Grammy Awards for their album — one for "Hey Baby," receiving the Best Pop Performance by a Duo or Group with Vocals in 2002, and then "Underneath It All" won that same award the following year.

Gwen married Gavin in London on September 14, 2002, wearing a white and pink gown made for her by designer John Galliano. By next year, she turned her love of fashion into the clothing line L.A.M.B. —which stands for Love Angel Music Baby, and was influenced by Guatemalan, Japanese, and Jamaican styles. Celebrities such as Carmen Electra, Halle Berry, and Paris Hilton have all been spotted wearing her designs. In 2004, Stefani continued with the brand name by releasing her first solo album, called Love.Angel.Music.Baby, which has more of a pop and club vibe than the music of No Doubt.

The album received a number of positive reviews, and included many well-known songwriters and producers, including Dr. Dre, Dallas Austin, Linda Perry, and even her bandmate and ex, Tony. Along with the album, she introduced The Harajuku Girls — four Japanese backup dancers featured in stage shows, public appearances, and music videos during Gwen's solo career. One of the most popular songs of 2005 was her smash hit, Hollaback Girl, which was the first digital download to exceed sales of 1 million.

Expanding upon her success in music and fashion, she made her first true film debut as 1930s sex symbol Jean Harlow in 2004's The Aviator, starring Leonardo DiCaprio. She also expanded her fashion collection in 2005 with the Harajuku Lovers line, with inspiration from Japanese culture and fashion. Her next solo album, 2006's The Sweet Escape, was also a massive hit. To promote the album, she became a mentor in the sixth season of American Idol. Gwen earned a Grammy Award nomination for her duet with Akon on the album's title track.

On May 26, 2006, Gwen and Gavin welcomed their first child, Kingston James McGregor Rossdale. They had a second son, Zuma Nesta Rock, on August 21, 2008. When she was pregnant for the second time, Gwen created a fragrance line called Harajuku Girls and No Doubt began working on their comeback album, Push and Shove. Their first studio album in nearly 11 years was released on September 25, 2012, but as of 2013, the band went on hiatus.

Gwen took her career in a new direction in 2014, when she signed on to become a judge on the seventh season of the popular reality competition, The Voice. She was filling in for singer Christina Aguilera, who took time off from the show for a pregnancy leave. Along with Pharrell Williams, Gwen joined longtime judges Blake Shelton and Adam Levine. At age of 44, she gave birth on February 28, 2014 to her third son with Gavin, named Apollo Bowie Flynn Rossdale. But in early 2015, not long after Apollo's birth, Gwen discovered risqué texts and an affair between Gavin and their kids' nanny, Mindy Mann.

This was not the first time a scandal rocked their relationship. English fashion model Daisy Lowe had discovered through a paternity test in 2004 that Gavin was her biological father. In August 2015, after more than a dozen years together, Gwen and Gavin announced they were getting a divorce. During that time, she built a friendship with fellow The Voice judge Blake Shelton, as Blake was also dealing with a divorce before Gwen and Gavin split. The two began a relationship in late 2015, after getting close while helping each other overcome heartbreak.

In November 2014, Gwen released an animated series called Kuu Kuu Harajuku, based on the characters Love, Angel, Music and Baby. More recently, she released her third studio album called This Is What the Truth Feels Like on March 18, 2016 by Interscope Records. It was inspired by the end of her marriage and the beginning of her new romantic relationship.

Gwen is also a philanthrophist. In 2001, she donated $1 million to Save the Children following the Tohoku earthquake and tsunami. At the amfAR gala during the 2011 Cannes Film Festival, Stefani auctioned off the lacy black dress she wore at the event for charity, raising over $125,000.

Gwen has won many awards throughout her career. As a solo artist, she won one Grammy Award, four MTV Video Music Awards, one American Music Award, one Brit Award, and two Billboard Music Awards. With No Doubt, she has won two Grammy Awards. She received the Style Icon Award at the People magazine Awards in 2014, and in 2008, Forbes magazine listed her as the world's 10th highest paid music personality at the time. She also ranked in many lists for the most beautiful people in the world, including in People magazine in 2004 and in FHM in both 2005 and 2006.

In 2018, Gwen began a Las Vegas Residency with her new show, Just a Girl, at Planet Hollywood Resort.