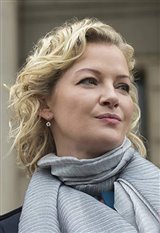 Born in Connecticut, Gretchen Mol is a graduate of the William Esper Studio and the American Musical and Dramatic Academy. She began acting professionally in commercials and theater productions such as Bus Stop and Godspell. She starred in the London run of the play The Shape of Things, then joined the rest of the cast when it opened off-Broadway. She also appeared in the film version, which debuted at the 2003 Sundance Festival. Gretchen made her film debut in Spike Lee's Girl 6 (1996) as Girl... See All