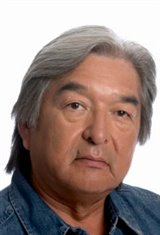 Born on a reserve in Brantford, Ontario, this Oneida Indian never thought about the acting profession during his youth. While working as a audio technician for a Canadian rock band, one of his co-workers encouraged him to try out the art. Greene was indifferent to the idea, until losing a game of cards to which he put his future career on the line. He attended The Centre for Indigenous Theatre's Native Theatre School program to try out his acting chops. After graduating in 1974, he started... See All