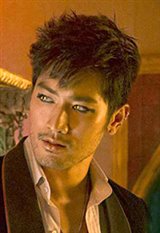 Taiwan-born actor Godrey Gao was raised in Vancouver, British Columbia. He returned to his home country at the age of 20, where he launched his acting career, but was back in Canada to film the motion picture The Mortal Instruments: City of Bones (2013) alongside other young stars such as Lily Collins and Robert Sheehan.

Godfrey was on the set of the Chinese series Chase Me, which pits celebrities against regular contestants in a variety of physical challenges. On Nov. 27, 2019 after working for 17 hours straight, Gao fell to the ground while running and suffered a fatal heart attack. He was 35 years old.