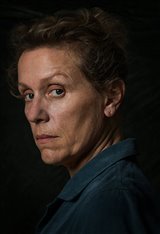 Adopted by Canadian-born minister Vernon McDormand and his wife, Noreen, Frances McDormand was raised in Monessen, Pennsylvania. She received her B.A. in Theater from Bethany College in West Virginia and attended Yale University's School of Drama, where she was awarded the Carol Dye prize for Excellence. It would be the first of many awards for McDormand. She sees herself as "... a character actress, plain and simple. Who can worry about a career? Have a life! Movie stars have careers. Actors... See All