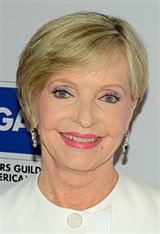 FLORENCE HENDERSONDate of Birth: February 14, 1934Best known for her role as Carol Brady on the hit sictom The Brady Bunch, Florence Henderson was born in Dale, Indiana and got her start in stage musicals.Growing up during the Great Depression, she sang at local grocery stores to make a little extra cash for the family, which consisted of nine older brothers and sisters in addition to her parents. She made her Broadway debut in 1952 at age 18, in the chorus of the musical Wish You Were Here. She... See All