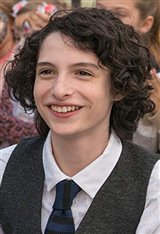 His most recent appearance on the big screen was in the motion picture horror/thriller The Turning (2020), a modern remake of the 1961 feature film The Innocents starring Deborah Kerr (which in turn was based on Henry James' novella The Turn of the Screw). He plays a young orphan named Miles in it, who, along with his sister Flora, gets a new governess, played by Mackenzie Davis. See All