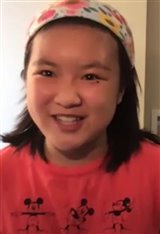 The daughter of Toronto-based actor Richard Lee and director Nina Lee Aquino, Eponine Lee made her professional stage debut at the age of six at Toronto's Tarragon Theatre in 2013, playing a boy in David Yee's Carried away on the Crest of a Wave alongside her father and directed by her mother. Two years later, at the age of eight, she played the lead role of Billie in Tails from the City at Evergreen Brick Works.  In 2017 and 2019 she played Belinda in Soulpepper Theatre's A Christmas Carol, and... See All