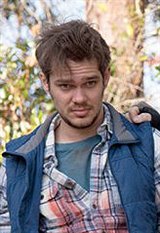 Ellar Coltrane Salmon, which is his birth name, was born in Austin, Texas to artist parents. He revealed to New York Magazine in June 2014 that he opted to use his middle name as his surname once Boyhood wrapped because Ellar Salmon felt "too personal to put on the screen."

When Ellar was only six, he was cast in a coming-of-age drama called Boyhood, directed by Richard Linklater. As Richard explained to The Today Show while promoting the film upon its completion, Ellar was "the most interesting of all the kids" who auditioned. He added, "The way he thought, his taste, the things he talked about. The interesting, mysterious kid."

It was a colossal commitment and took a dozen years to finish. But before it released and cemented Ellar as an undeniable talent, he sprang up in a number of other works (credited as Ellar Salmon).

Ellar, who acted in commercials throughout his youth, was first introduced to filmgoers in the 2002 comedy Lone Star State of Mind. He played Earl in the flick, which starred Joshua Jackson and Jaime King.

Next, he tried his hand in the thriller genre with the 2005 film Faith and Bullets before teaming up with Greg Kinnear and Bruce Willis for the 2006 dramedy Fast Food Nation.

In 2009, Ellar won a part in the horror film Hallettsville and in 2014, reached a wide audience — and earned critical acclaim — in Boyhood. He played Mason, the central character in the drama, alongside Patricia Arquette and Ethan Hawke as his parents. Richard Linklater wrote and directed the film, which won an Oscar, a SAG Award, two BAFTA Awards and three Golden Globes. For his authentic and heartfelt performance, Ellar was nominated for Breakthrough Performance and Best On-Screen Transformation at the 2015 MTV Movie Awards.

Boyhood is partially based on real aspects of Ellar's life, but contains several elements that are entirely different from the experiences Ellar had growing up. In New York Magazine's 2014 story on Ellar, he shared that he was largely homeschooled throughout the shoot and that the movie will always be a crucial component of who he is. He said, "It's a huge part of me. It's a gift that Rick gave me. It's kind of proof that I'm real."

While chatting with Collider in July 2014 about the film and the character he sees when he watches it, he said, "There is so much of myself up on the screen. Even though it is a very crafted character, it's also a lot of me... It's hard to exactly define where I end and the character begins, or vice versa."

The fame that Ellar received from Boyhood was jarring. While talking to Indiewire in 2016, he addressed the culture-shock moment: "To be suddenly thrust into this celebrity, and this world of schmoozing and wearing fancy clothes and doing interviews and going to awards shows, the very socially high-pressure situations...it was just hard for me, to figure out how to come out of my shell."

Following the roller coaster ride that was Boyhood's release, Ellar took a break from acting, unsure if he wanted to continue in the industry. As stated in the New York Magazine feature, he took to photography, painting and landscaping work for his stepfather.

Ultimately, he decided to return to the craft. His comeback was the 2016 Netflix biopic Barry, which explored the early life of former U.S. President Barack Obama (who is portrayed by Devon Terrell).

In 2017, he teamed up with Emma Watson and Tom Hanks for the sci-fi thriller The Circle, which is adapted from a Dave Eggers novel. He played Mercer in the film.

Ellar still resides in Austin but admitted to Indiewire in October 2016 that he's nearly ready to relocate to Los Angeles, discussed what art means to him with Collider in 2014. He said, "I want to make art. That's what I've discovered... The only thing in life that really gives me any peace is just being lost in the process of creating something, whether it's the film or painting and drawing, which has been a big part of my life, for a long time. Whatever that is, is what I want to do. I definitely enjoy acting, and I hope to have opportunities to keep acting. It's really just a matter of the right project and the right people."

He added, "I'm not interested in being famous or anything, but I'm definitely interested in expressing emotions, and acting and filmmaking can be great outlets for that. Filmmaking is not something I'm ready to tackle anytime soon, but it's an incredible art."

Ellar can be seen in The Circle (2017), alongside Tom Hanks and Emma Watson.