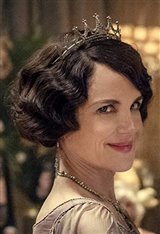 Actress Elizabeth McGovern is best known for her award-nominated roles in the film Ragtime (1981) and the television series Downton Abbey (2010). Although born in Evanston, Illinois to a University professor and high school teacher, Elizabeth did not pursue a career in education. Elizabeth caught the acting bug while in high school, where she participated in school plays. This led her to study acting at both the American Conservative Theater in San Francisco and the Julliard School in New York... See All