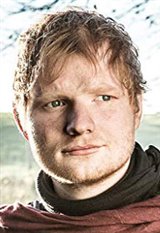 Born Edward Christopher Sheeran in Halifax, West Yorkshire, England, Ed Sheeran is an award-winning singer, songwriter, guitarist, record producer, and aspiring actor. Ed grew up around art and culture thanks to his parents, John and Imogen. His father John is an art curator and lecturer, while his mother Imogen is a culture publicist turned jewelry designer. Together they ran an independent art consultancy named Sheeran Lock. Additionally, his brother Matthew is also a music composer. As a... See All