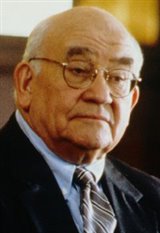 Edward Asner was born in Kansas City, Missouri. He was raised in an Orthodox Jewish family, the only one in his neighborhood. He attended Wyandotte High School in Missouri, where he played championship football, organized a top-notch basketball team that toured Europe, and was an announcer for the school's radio station. Ed moved to Chicago in the 1950s and attended The University of Chicago before moving to New York City and starring in the off-Broadway production of The Threepenny Opera. His... See All