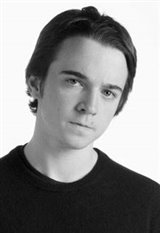 Born in Toronto, Ontario, Dylan Authors comes from an artistic family. His father is director/screenwriter Jeff Authors, and his grandfather was a vaudeville performer.

Dylan's career began at age 10, when he landed a role in the Lifetime TV movie Obituary (2006). He quickly followed that up by playing the role of Mark in Mr. Magorium's Wonder Emporium (2007) starring Dustin Hoffman and Natalie Portman. Also in 2007, he landed a recurring role as Hunter McNeal in the mystery series Across the River to Motor City.

In his spare time, Dylan enjoys creating his own short films.