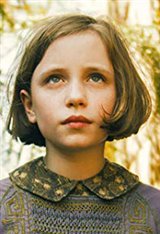 When Dixie Egerickx was just eight years old, a casting agent came to her school in West London looking for a young actress to play the lead role in the Disney film The BFG (2016). Dixie was asked to audition, and although she didn't land the part, she was asked by the agency if she would like to read for other roles in future.

She soon landed a role as Young Sarah in the ITV telefilm Churchill's Secret (2016), followed by the role of Katya in the Hallmark Channel film A Royal Winter (2017), filmed in England. The same year, she appeared onstage in National Theatre Live: Young Marx (2017), which was shown in cinemas around the world.

Dixie made her feature film debut in the horror mystery The Little Stranger (2018), starring Domhnall Gleason.

After filming a role in a Game of Thrones prequel pilot for television in 2019 (which was subsequently cancelled), she was cast in a starring role as Mary Lennox in a new adaptation of the beloved classic, The Secret Garden (2020), opposite Colin Firth.