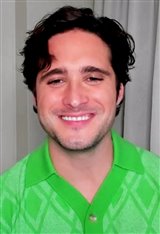 Diego Boneta is a musician by nature. At the age of 12, he competed in a children's reality series in Mexico called Codigo Fama. Not only did he finish in the top five, he also landed a role on the Spanish television show Alegrijes y Rebujos that also had a musical group attached to it — they were nominated at the Latin Grammys in 2004 for Best Children's Group. The following year, Boneta won another Latin Grammy for his solo soundtrack Mision SOS. He released a second album in 2008 called... See All