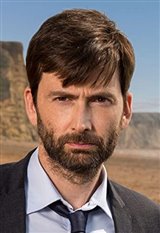 David Tennant was born in Bathgate, West Lothian, Scotland, UK. As a young child, he was fascinated with the TV series Doctor Who, and because of that, decided he wanted to become an actor.

Years later, in 2005, he was cast in the lead role of the newly rebooted Doctor Who, and played the role for five seasons. He won multiple awards and a BAFTA TV nomination for his portrayal.

Another TV role, that of DI Alec Hardy on the TV series Broadchurch, gained him much recognition. The show was an instant hit in the UK. Right after the first season aired, he was cast in the same role (only this time playing an American) U.S. remake of the series, titled Gracepoint. Having filmed the first season of Gracepoint in British Columbia, Canada, he returned to the UK for the second and third season of Broadchurch. Without the spectacular cast he had to work with on Broadchurch, including Olivia Colman, Gracepoint, unlike the show it was modeled after, received poor reviews and was canceled after one season.

Broadchurch ran from 2013 to 2017 and earned a Best TV Drama award at the 2014 BAFTA Awards, followed by a Best Crime Drama award from the National Television Awards, UK in 2016. David won a TV Choice Award for Best Actor in 2012, and both he and Olivia won Best Leading Actor and Actress at the Crime Thriller Awards in 2013. The series, when shown on BBC America in the States, won a 2014 Peabody Award.

David is equally at home playing good guys and villains, and had the chance to do the latter on the hit Netflix series Jessica Jones, playing Kilgrave from 2015 to 2019.

Not just in demand for his presence, David has done much voice work, narrating the British series W1A from 2014 to 2017, and providing voices for several animated movies such as the How to Train Your Dragon movies and Ferdinand (2017), as well as narrating many audio books, both in his native Scottish accent as well as using an English accent.

A member of the Royal Shakespeare Company, David is equally at home on stage, playing the title role in the sold-out production of Hamlet in the West End in 2009. He was nominated for a 2003 Laurence Olivier Theatre Award for Best Actor for his work in the play Lobby Hero, performed at the Donmar Warehouse at Covent Garden in London.

Born David John McDonald (he had to choose another last name because there was already a David McDonald in the actors' union), David is a graduate of the Royal Scottish Academy of Music and Drama.

In 2011, he married actress Georgia Moffett, whom he met in 2008 when she was a guest star on Doctor Who. Coincidentally, Georgia is the daughter of Peter Davison, who was the fifth Doctor Who in the original series. David and Georgia have five children.