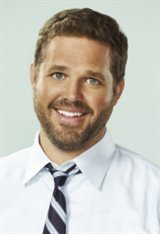 David Denman grew up all over Southern California, attending eight different schools, and was fortunate enough to end up at Fountain Valley High School where fellow classmates included Hustle and Flow writer/director Craig Brewer and Munich actor Omar Metwally. After high school, David attended the American Conservatory Theater in San Francisco before receiving his B.F.A. from Juilliard in N.Y.C. He was a series regular on NBC's Emmy-winning show The Office, for which he received a Screen Actors... See All