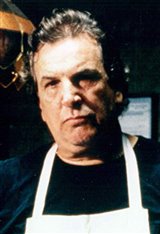 Danny Aiello, who was nominated for an Oscar in 1990 for his role as pizzeria owner Sal in Spike Lee’s Do The Right Thing, passed away December 12, 2019 following a brief illness at the age of 86, at a New Jersey hospital. He played roles in many hit films, including The Godfather II, Moonstruck and Prince of Central Park.