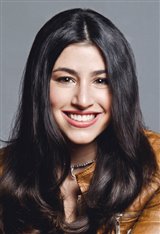 Dana Gaier is an actress and singer-songwriter from Livingston, New Jersey. She is known for her voice work on the Despicable Me film series.

Dana was just 11 years old when she landed an acting agent and shortly after, was asked to audition for the role as Edith, the middle sister, in Despicable Me (2010). Unfortunately, she was on her sixth grade camping trip at the time and missed the auditions. When she returned, the casting people had still not found the voice they wanted, so they auditioned Dana and she found out almost immediately that she had the part.

By the time the movie released, Dana was 13 and attending premieres and walking the Nickelodeon red carpet. However, Dana returned to bullying back home in New Jersey. After turning to her parents and older sister Jillian for guidance, Dana regained her confidence, and with the help of her parents launched GYourB.org, which stands for "Got Your Back." The website is a place for teens to share their experiences with bullying and uplift each other.

Dana is also a talented singer and songwriter who has performed in several musical theater productions. She has made an appearance on stage at Studio 54 in New York City, and played Nina Rosario in the UCLA production of In The Heights. She was also part of the critically-acclaimed award-winning choir Powerhouse. Dana’s song Take Control was featured on Bullied, a documentary done by MTV.

Dana, who is currently studying communications, sociology and film at UCLA, says her friends and family keep her grounded. In her spare time she enjoys watching movies, yoga and hiking.