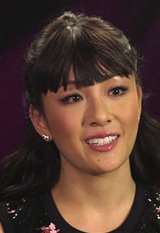 American actress Constance Wu was born in Richmond, Virginia, the daughter of Taiwanese immigrants and the second youngest of four girls. She began doing community theater when she was 12 and completed a short program of study at the Lee Strasberg Theater & Film Institute while attending high school. After graduating, she earned her bachelor of fine arts degree in acting from State University of New York at Purchase, at which point she continued to work in theaters throughout New York City. After a particularly messy breakup in 2010, Constance moved to Los Angeles.

While she was in New York, Constance began landing small guest roles on television shows such as Law & Order: Special Victims Unit and One Life to Live, and had a small supporting part in the film Sound of My Voice (2011), which was presented at the 2011 Sundance Film Festival. The performance that would earn Constance great recognition in Hollywood came in 2015, when she was cast as strict matriarch Jessica Huang on the ABC sitcom Fresh Off the Boat.

In addition to multiple ensemble award nominations, Constance’s performance on the show has earned her several award nominations, including a Critics’ Choice Television Award for Best Actress in a Comedy Series and a Television Critics Association TCA Award for Individual Achievement in Comedy. Early reviews of the series singled her out in particular for her portrayal of a strong-willed Asian-American mother who epitomizes tough love and fights for her children to embrace their Taiwanese heritage.

Constance has commented on how she had few Asian actors to look up to while she was growing up, and found the only ones she saw onscreen were not complex characters. She's happy that her role on Fresh Off the Boat is leading the charge for better Asian and Asian-American representation in Hollywood.

In May 2017, Constance was named on TIME Magazine's Top 100 Most Influential People list.

In addition to her critically acclaimed series, Constance has also appeared in brief stints on Royal Pains and Dimension 404. She starred as Rachel Chu in the hit major motion picture Crazy Rich Asians (2018), a romantic comedy-drama film adaptation of Kevin Kawan’s novel and lent her voice to the Chinese-American animated film Next Gen (2018), alongside John Krasinski and Jason Sudeikis.

Constance followed that up by playing a young stripper alongside Jennifer Lopez in Hustlers (2019).