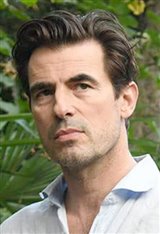 Born in Odense, Denmark on the island of Funen, Claes Bang is best known for his work in the film The Square (2017) and on television in the series The Affair (2019) and the mini-series Dracula (2020).

It was during his third year of high school when Claes took part in the musical Hair, that he discovered his love of acting.

After high school, Claes went on to study at the Danish National School of Theatre. Following graduation in 1996, Claes began auditioning for work in Danish theater and television. In 1997, he landed his first professional acting job on the Danish show Taxa (1997-1999), playing various roles on multiple episodes.

In 2017, Claes appeared in the movie The Square, playing the lead role of Ruben Östlund. The movie won the Palme d’Or at the 2017 Cannes Film Festival. Claes also won the European Film Award for Best Actor for his work in the film, becoming the first Danish actor to win the award. After working in Denmark and Germany for most of his career, Claes began to be known internationally.

In 2019, Claes was cast as Sasha Mann on the fifth season of the critically acclaimed television series, The Affair.

In 2020, Claes starred on the BBC mini-series Dracula as Count Dracula. His portrayal earned him a TV Choice Award nomination in 2020 for Best Actor.

As a side project, Claes creates music under the name "This Is Not America." He started making music in 2002. He released his first album in 2010, titled Dislocated. He has released a number of EPs and singles since then.

Claes married stylist Lis Louis-Jensen in 2010. Although the two have not had any children together, Bang is the stepfather to Lis’ two children, Sarah and Bella. The couple live in Frederiksberg, Copenhagen. ~Sean Olegario