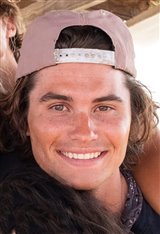 Born in Annapolis, Maryland, Chase Stokes spent most of his childhood in South Florida. He graduated high school in 2010 and went on to earn an Association of Arts degree from Valencia College two years later. In 2015, he earned his MBA from the University of Central Florida. Because he grew up so close to the water, Chase regularly surfed and went boating. Now that he’s older, he has a number of hobbies, including poetry and music. He used to want to be a professional ice hockey player but... See All