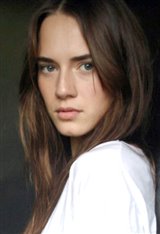 Born and raised in South Africa with three older siblings, Caren Pistorius was 12 when her family immigrated to New Zealand. She began acting shortly after the move to New Zealand. In an interview with Popsugar, Caren says she was forced to take a drama class because it was the only class available. She was a shy kid, so she was “mortified.” It didn’t take long for her to fall in love with acting and she soon began starring in her high school theater productions. Caren didn’t pursue acting in... See All