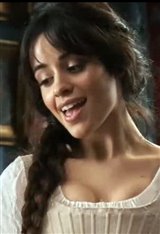 Camila Cabello is among the biggest pop stars of our generation, delivering hits like "Señorita" and "Havana." Camila began her rise to stardom by competing on the TV talent competition show The X Factor in 2012, which led to the formation of the girl pop group Fifth Harmony. In 2016, she announced her departure from the pop group to pursue a solo career, where she has found most of her success.

Camila was born in Cojímar, Cuba, but moved to Miami, Florida with her mother when she was five years old. She attended Miami Palmetto High School, but dropped out in grade nine to focus on her singing career.

Camila is set to star in the upcoming movie Cinderella (2021), a modern take on the classic Disney story.