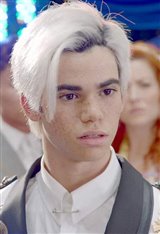 Cameron Boyce played Adam Sandler’s son Keithie in the Grown Ups movies, starred on the Disney Channel series Jessie from 2011 to 2015, then played Carlos in Disney’s Descendants franchise from 2015 to 2019. He passed away in his sleep due to an epileptic seizure on June 6, 2019. He was just 20. See All