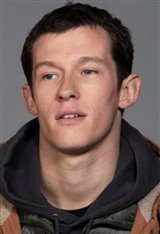 Callum Turner was born in London, where he grew up in public housing with his single mother, who worked as a nightclub promoter on the London club scene. Callum left school at 16 to play for a semi-professional football team. However, realizing he would never make it as a full-time professional athlete, he gave it up at 17 and began a sucessful modeling career. A huge film fan, he also decided to give acting a shot. In 2012 he landed recurring roles on the mini-series Leaving and The Town, both... See All