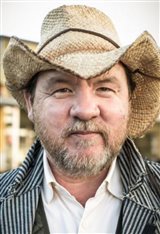 Born in Kingston, Ontario, Bruce McDonald developed a love for film early and at a young age quickly decided to pursue a career behind the camera. McDonald already had one film under his belt, The Plunge Murderer, when he began to work on his second film, Our Glorious Dead, a full feature-length zombie film shot on a super-8 camera he borrowed from his grandfather. He filmed the entire movie on location at his high school in Rexdale, Ontario, where he grew up, and the film premiered in the school's cafeteria, earning him a solid $100 for his efforts.

At 19, McDonald's work was on display at the Toronto Super-8 Film Festival, which led to him applying to Ryerson University, where he studied film and photography. While attending Ryerson, McDonald made two short films, Merge and Let Me See, winning the Norman Jewison Award for best student film for the latter. After school McDonald held a series of titles including production assistant, assistant cameraperson and eventually worked as an editor. In 1983 McDonald became one of the founding members of L.I.F.T. (Liaison of Independent Filmmakers of Toronto) and was one of its board members until 1986. In 1989 he won a Genie Award for his short film, The Mysterious Moon Men of Canada.

In the 20 years spanning 1989 to 2009 McDonald was producing, editing, and directing in both television and film. His television work includes Degrassi: The Next Generation (for which he won a Directors Guild of Canada award), Instant Star, Twitch City (for which he won a Gemini award) and Queer as Folk, although he didn't just limit himself to television and film. McDonald also directed music videos for notable bands such as Headstones and Vern Cheechoo. To top it all off, McDonald also found the time to set up his own production company, named Shadow Shows.

In 2007 McDonald released his film The Tracey Fragments, which gained considerable critical acclaim and won the 2007 Manfred Salzgeber Award as it was chosen to open the Berlin International Film Festival. In 2008 McDonald returned to the world of horror for his new film Pontypool, about a deadly virus infecting a small town in Ontario, which premiered at the 2008 Toronto International Film Festival.

He also directed a sequel to his 1996 film Hard Core Logo. Hard Core Logo 2 (2012) is about the singer he's focusing on claiming to be possessed by the ghost of the band's lead singer, Joe Dick.

He directed The Husband (2014), about a meek man whose wife cheats on him with a minor, the horror film Hellions (2015) and the drama Weirdos (2017) with Molly Parker.

His most recent film, the comedy/fantasy Dreamland (2020) starring Stephen McHattie, became available for home release in May 2020 after screening at a handful of film festivals.