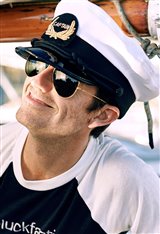 Brock CahillFounder of SeaChange Agency, Brock Cahill first became aware of Rob Stewart when he saw the iconic photograph of Rob freediving with sharks. Shortly after that, he saw Sharkwater (2007) and it it inspired him to reach out to Rob and thank him for his pioneering efforts. Not long after that they became friends. Brock and Rob travelled to remote diving areas to find pristine blue water, in order to swim and photograph the elusive sharks. They were dive partners for the better part... See All