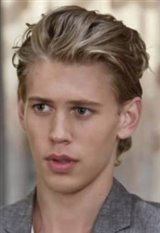 Austin Butler was born in Anaheim, California, and quickly became involved in the entertainment industry. When he was 13, he was approached by a background-acting management company. After working in many background roles, he landed a role as Lionel Scranton on Ned's Declassified School Survival Guide for two seasons. He continued to guest star on children's programs, such as Hannah Montana, ICarly, and Wizards of Waverly Place. In addition, he played the main love interest on Zoey 101's fourth... See All