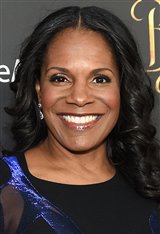 You could call Audra McDonald a triple threat — she is a renowned stage performer, singer and film star — however, that might not even begin to cover the multitalented actress' decades-long career.

Born in Germany, Audra was raised in Fresno, California. Her strong musical capabilities were likely the influence of her family. Five of her aunts toured in the 1970s as the gospel band known as The McDonald Sisters.

Audra herself went onto study at the esteemed Juilliard School, where she received classical vocal training. Although her studies would be the stepping stone to attaining her Broadway dreams, Audra has said that her experience at the school, and the immense pressure she was under, caused her to hit rock bottom. Audra revealed her struggles in a past interview with Oprah: Where Are They Now?, saying, “I was not allowed to sing Broadway, and I wasn’t allowed to audition for musicals or anything like that. Here I was, finally in New York, literally living on Broadway — my apartment was on Broadway! — and I’d never been further away from my dreams.”

Despite the initial disappointment, Audra went on to complete her studies and graduated from the school in 1993. It wouldn’t be long until Audra’s Broadway dreams were actualized — only one year after graduating, she won her first Tony Award, for Best Performance by a Featured Actress in a Musical, for her role in a revival of Carousel.

Within the next four years, Audra would win two more Tonys in the same category for performances in Broadway premieres of Master Class (1996) and the musical Ragtime (1998). This history-making feat made Audra the first actress to receive a total of three Tony Awards before the age of 30.

During her blossoming stage career, Audra also broke into the acting world. In 1996, she made her film debut, Seven Servants, appropriately playing an opera singer. She also appeared in many other roles in other movies, including The Object of My Affection (1998), Cradle Will Rock (1999), and It Runs in the Family (2003). Audra also took her talents to acting on the small screen. In 1999, she starred in the award-winning CBS telefilm, Having Our Say: The Delany Sisters’ First 100 Years. The same year, she co-starred alongside Kathy Bates and Victor Garber playing the role of Grace in the TV remake of Annie, further proving herself as a successful screen actress. Audra received her first Emmy nomination for her role in the HBO film adaptation of the play Wit.

Audra snagged her fourth Tony in 2004, starring alongside Sean "Diddy" Combs in the theatrical production of A Raisin in the Sun. From 2007 to 2011, she played Dr. Naomi Bennett on the ABC medical drama, Private Practice, a spinoff of the hit series Grey’s Anatomy. In 2008, Audra reprised her Tony-winning role in A Raisin in the Sun in a made-for-TV movie adaptation, incredibly earning her a second Emmy Award nomination. She won her fifth Tony in 2012 — and her first in the leading actress category — for her role in The Gershwins’ Porgy and Bess.

In 2014, she made history, and became the Tony Awards’ most decorated performer, after she won her sixth award for her portrayal of Billie Holiday in Lady Day at Emerson’s Bar & Grill. In addition to setting the record for most wins by an actor, she also became the first person to receive awards in all four acting categories. In 2015, Audra starred alongside Meryl Streep in the film, Ricki and the Flash.

Ever the multi-tasker, Audra has also led an acclaimed singing career, and has performed on the concert stage with virtually every major American orchestra. As an recording artist, she has released four solo albums that showcase her range in many genres, from classical to contemporary.

Audra’s fervent drive is also evident in her philanthropic efforts. She is a passionate and vocal advocate for equal rights, LGBTQ causes, and underprivileged youth. Audra became a member of the Covenant House’s International Board of Directors, which oversees programs for homeless young people in 27 cities in six countries across the United States, Canada, and Latin America. A dog lover, she has two canine companions, Butler and Georgia, adopted from Eleventh Hour Rescue, a volunteer-based, non-profit organization that saves dogs from death row.

In 2012, Audra married actor Will Swenson, and welcomed their first child, a daughter named Sally, in 2016. Audra is also mom to Zoe (with ex-husband Pete Donovan). She and her family live in New York.

Audra's acting and singing talents were seen on the big screen as Madame Garderobe in Disney’s live-action remake, Beauty and the Beast (2017).