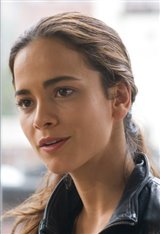 Alice Braga was born into an acting legacy in Sao Paulo, Brazil. Growing up with her mother, Ana Braga, and aunt, Sonia Braga, who were both successful actresses, Alice spent much of her childhood on film sets and the family business rubbed off on her. Alice knew she wanted to follow in their footsteps, but waited to actively pursue it, participating in school plays and commercials instead. After high school, Alice focussed her efforts on making it in the industry. In 2002, at the age of 19, she... See All