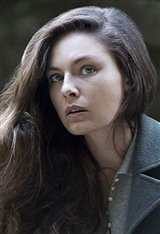 Born into an established entertainment family, it's no surprise that Alexa Davalos, granddaughter of Richard Davalos, who starred alongside James Dean in East of Eden, and daughter of actress Elyssa Davalos and photographer Jeff Dunas, chose to pursue an acting career. Alexa was born in France and got her first taste of acting at the tender age of three, when she played a small role alongside her mother in the TV movie Riviera. Alexa spent the majority of her childhood in Italy and France and by... See All