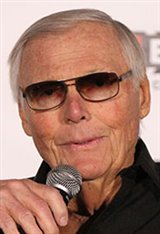 ADAM WESTDate of Birth: September 19, 1929Birth name: William West Anderson Adam West was born in Walla Walla, Washington. When he was young, he loved comic books and Batman was one of his favorite characters. When his mother Audrey left his father (Otto West Anderson) and remarried, she moved Adam and his younger brother John to Seattle, where he attended Whitman College, graduating with a degree in literature and psychology. Before he finished his studies, on August 17, 1950, he married... See All